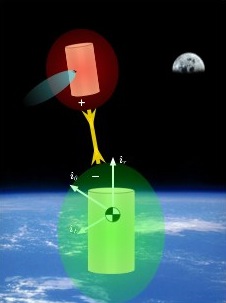 forces are generated along the line-of-sight vector between two spacecraft if they acquire an electrostatic charge. Spacecraft will naturally charge due to their interaction with the local space plasma environment and exposure to sunlight. Depending on the plasma density and temperature levels, as well as the intensity of the impinging sunlight, the craft can acquire positive or negative charge levels. The naturally occurring charging of GEO satellites (reaching 1-20kV) is strong enough to cause micro- to milli-Newton levels of disturbance forces if the craft are dozens of meters apart. These disturbances are strong enough to cause hundreds of meters of departure motions if left uncontrolled.

Electrostatic actuation in space is discussed as early as 1966 in a patent by Cover on Lightweight Reflecting Structures Utilizing Electrostatic Inflation. In 2000 King and Parker at Michigan Tech University began to investigate how these electrostatic forces could be exploited to create innovative non-Keplerian relative orbits. With Coulomb spacecraft the electrostatic potential of a craft is continuously controlled through the active emission of either positively or negatively charged particles. This emission process is very similar to how ion engines function. However, the mass flow is orders of magnitude smaller. Thus, the impulsive force exerted onto the craft due to the charge emission is negligible. Instead, the dominant force acting on 2 neighboring charged craft is the electrostatic or Coulomb force. 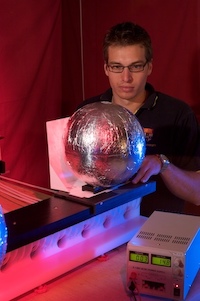 There have been numerous analytical research project undertaken, and continue to be performed, to investigate how the Coulomb force between spacecraft can be exploited. The AVS Lab built a test bed to study the charged relative motion of small unmanned vehicles in a terrestrial environment. The first stage was looking into building a one-dimensional non-conducting hover track. The goal was to develop a track which can float a conducting, charged craft whose electrostatic force interacts with that of a stationary charged craft next to the track. Due to the small magnitude of the Coulomb forces, the track should be as level as possible to provide a frictionless environment. The first stage will demonstrate that a charged vehicle can be suspended and actuated in this manner. The charging occurs from an external low-power, high-voltage power supply. The space-based charged emission devices used to servo the spacecraft charge level do not survive operating in atmospheric conditions. 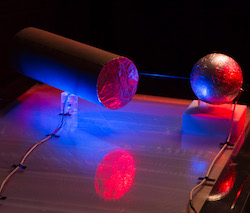 The next electrostatic test bed investigated the electrostatic torques and forces due to non-spherical shapes. As a result a test bed was created that allowed an externally charged object to rotate on a near-frictionless bearing. This test bed was used to validate new electrostatic force and torque models that could account for general shapes. Further, electrostatic detumble control strategies were experimentally validated and compared to numerical results. The detumbling work illustrated that touchless removal of kinetic energy is possible. This work illustrated that it is possible to detumble a large rocket body within a week. This enables simpler docking strategies that do not have to account for 10's of degrees per second tumble rate. This work is also strongly applicable to GEO based orbital servicing scenarios. 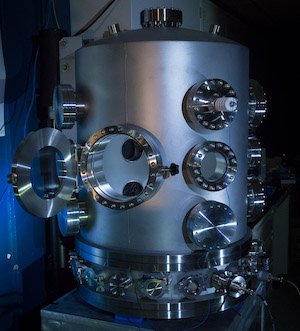 The current electrostatic experiments have now moved to a dedicated vacuum chamber facility called ECLIPS for Electrostatic Charging Laboratory for Interactions of Plasma and Spacecraft. The chamber is equipped with numerous viewports to allow for visual measurements of electrostatic deflections, motion and deformations of charged objects. High-voltage feed-throughs allow for an external power supply to charge a chamber object. Further, high energy electron and ion emission devices provide a charge stream that can be used to charge a chamber object, or to provide a plasma environment. One use of this chamber is to study plasma wakes behind LEO spacecraft and how a charged object in such a wake impacts its properties. The wakes are being considered to perform LEO in-space charged actuation experiments in the future. Further, the ECLIPS facility is being used to research touchless charge sensing concepts. The goal is to measure the potential of a nearby space object without requiring physical contact. For the Coulomb formation flying control concepts knowing the charge of neighboring objects is critical to ensure a stable response. Further, with docking and servicing missions in GEO or lunar orbit environments it is important to know the differential potential between both vehicles prior to docking. Our efforts are investigating techniques based on secondary electron emissions or through the Brehmsstrahlung effect. The associated ECLIPS chamber experiments help research technical solutions, as well as validate analytical or numerical predictions. 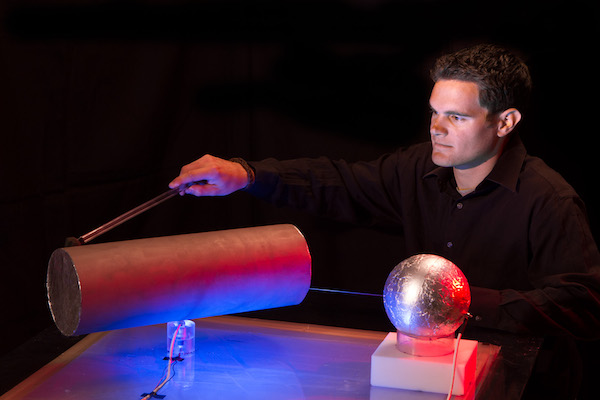 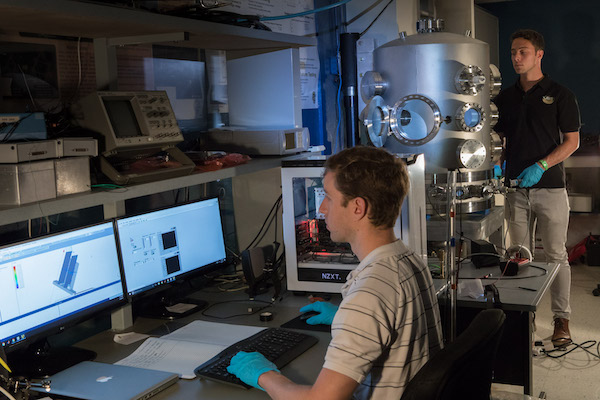 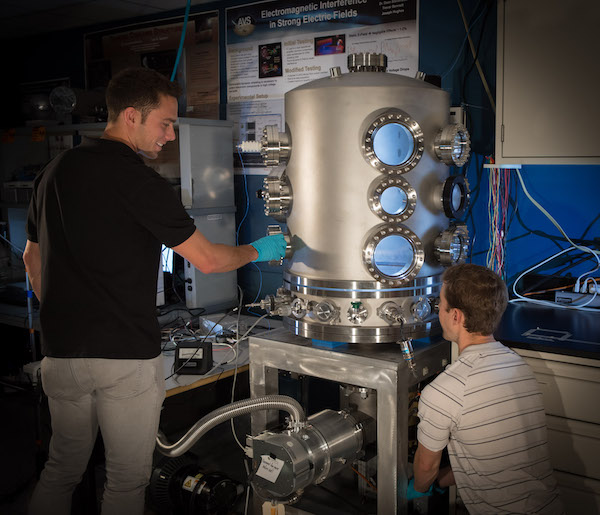 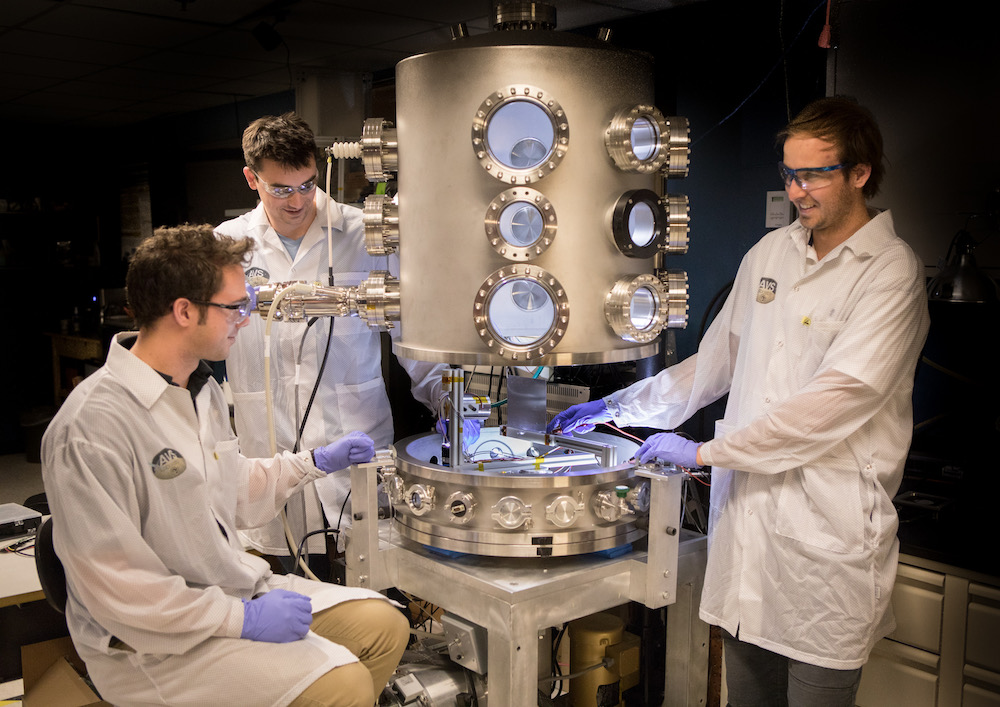